2014 Draft Rumors: Celtics reportedly reached out to Cleveland about No. 1 pick 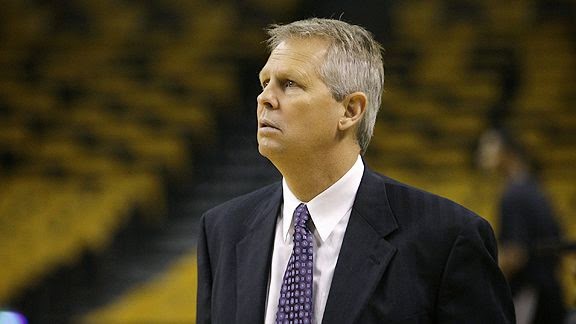 The Celtics are trying to move up in the draft and have reportedly inquired with Cleveland about acquiring the number one pick in this year's draft, according to CSNNE.

If the Celtics were to acquire the top pick from Cleveland, the Cavs will likely be receiving Boston's two first round picks (6 & 17) along with a player. Jeff Green would probably be Cleveland's first choice. The Cavs could possibly lose Luol Deng to free agency due to his high demand and Green can fill in a small forward role for them.

Even though it's been reported that the Celtics would love to draft Embiid (despite his injury), it's hard to believe that the Celtics would trade two first round picks for him. Can't help but wonder if an offer for Minnesota is the second part of this plan. This year's number one pick along with a future first rounder and a couple of players may be the best offer Minnesota will get for Kevin Love.

Ainge will continue to do his best in completing a deal in the near future. Stay tuned.
Posted by Josue Pavon at 5:53 AM
Email ThisBlogThis!Share to TwitterShare to FacebookShare to Pinterest
Labels: boston celtics, causeway street blog, cleveland cavaliers, csnne, danny ainge, josue pavon, nba, nba draft