Minnesota Showing No ‘Love’ To Kevin 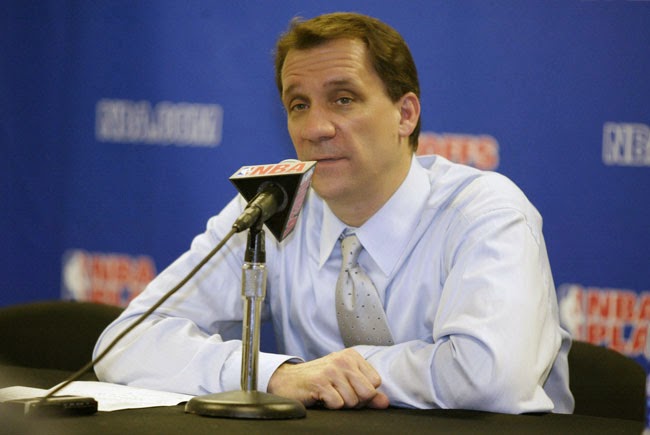 The owner of the Minnesota Timberwolves, Glenn Taylor said Kevin Love will not be traded. He immediately began searching for a head coach after Rick Adelman suddenly retired from the sidelines. Then his General Manager, Flip Saunders, decided to hire himself to fill that vacancy.


Now apparently the team’s most important player is currently available to all suitors.

If you haven’t been keeping track the T-Wolves have not made it to the postseason in 10 years (the NBA’s longest active streak without a playoff birth). In 2004, not only did the team make it out of the first round for the first time in seven straight tries, they made it all the way to the Western Conference Finals. They fell to the Los Angeles Lakers in six games, Kevin Garnett was named league MVP. Fast forward three years later and KG, the franchise’s biggest star, was dealt to the Boston Celtics. We all know how the rest of that story goes. But now Kevin Love, Minnesota’s only other all-star in the last decade, finds himself at a cross roads and it’s only a matter of time before he moves on as well.

Flip Saunders was fired halfway through the 2004-2005 season. This will be his second go around with the team, and not much has changed. He has recently been making headlines that have Wolves’ fans not too pleased to say the least. Last weekend Minnesota’s new coach took to the airwaves of KFan 100.3 to speak about arguably the games’ best power forward and his thoughts about the future. Love said earlier this season that he plans to opt-out of his current deal, of four-years worth $62 million (he can pick up a player option for the fourth year, which would begin after next season). Nearly 10 days ago, the team’s franchise player was seen walking around Boston for a weekend with his agent Jeff Schwartz. He wanted to “check out the city and see how it’s like.” Rumors started to run wild, that a possible deal could be in place to send Love to the Celtics. 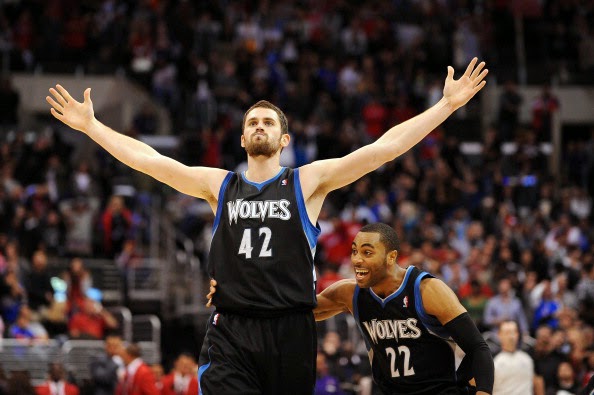 That clearly did not sit well with anyone in Minnesota. According to Saunders up to 16-teams have asked about the forward, who at first said the team had no plans of trading him. During Saunders' interview on the radio station Saturday, he claims Love has no right to be frustrated with his current situation.

Saunders went on to say that the team should be more important than any one player.

This seems like a great way to piss off your star athlete if you ask me. Not only do you continue to run your mouth to the press but it’s all over social media about how you’re not happy with Love, while Love on the other hand hasn't said one negative thing about you or the Wolves to begin with. Who’s a part of the ‘problem’ now? Saunders might have ‘spoken’ to KG back then, but has he sat down and had an honest conversation with Kevin Love to see what’s on his mind lately? Of course the man is frustrated, the Timberwolves are coming off a 40-win season, the most time since 2005. If they were in the Eastern Conference, they would have been in the playoffs. But the west is just way too good, and way too deep. 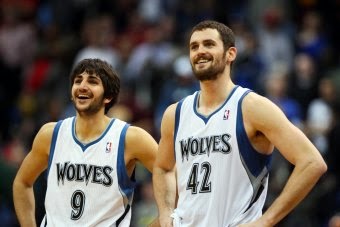 Saunders has to ask himself one question: Have I really done everything in my power to provide a great cast of players around Love? The second best player on your team happens to be Ricky Rubio, who is a great pass first guard, who really makes Love look awesome, but he can’t shoot if his life depended on it. What other all-star would consider coming to Minnesota now, especially when everyone is seeing you treat one of best players in the league like crap. But Love has no right to be frustrated right?

Be it as it may, Saunders has no right to be ‘flip’ to the media about his star who’s ready to walk, with nothing in return. You should have kept your opinion behind close doors, now I hope you’re prepared for the consequences.

Kevin Love is a three-time all-star who averaged 26.1 points and 12.5 rebounds per game this past season. But according to Glen Taylor, “He doesn't think Love is a star.” At age 25, he’s ready to take off and unfortunately for the city of Minnesota weather he’s ‘frustrated’ or not, he will make that ‘star’ money and probably on the east coast, where he would have his best chance to win an be showered with all types of love. You know the good kind that involves talent and an appreciative owner and head coach.

Until then, let’s all enjoy watching Flip try to back pedal out of this media circus he very much created.