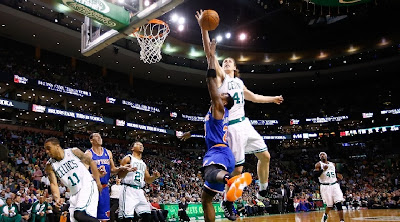 Boston – After a blow out win in Madison Square Garden on Sunday, and losing a couple of close games against some familiar faces, the Celtics got the chance to close out a crazy week by beating the Knicks for the second time in five days, 90-86.

This time around Boston jumped out to a 17-point lead lost it and made a comeback from being down 11-points late in the fourth to get the win. This might have been a more rewarding win according to Celtics coach Brad Stevens.

"I wouldn’t want to go through it again, but that’s exactly what our team needed,” the first year NBA coach said. “We needed to have a lead, lose it, be backed up against the wall and figure out a way to win.”

Avery Bradley scored seven of his 13 points in the fourth quarter, hitting a 3-pointer with 2:38 to play to give the Celtics the lead for good. Jared Sullinger had 19 points and six rebounds, while Courtney Lee scored 18 points off the bench to help Boston snap a two-game losing streak and hold onto first place in the Atlantic Division. 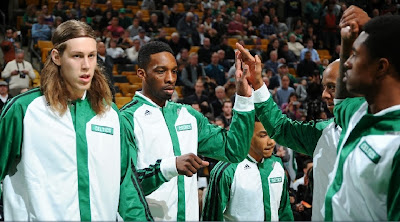 Carmelo Anthony led the way for the Knicks with 26 points and Andrea Bargnani had 22. Melo had a chance to tie the game in the fourth after Bradley gave Boston the lead, with a jumper that was blocked by Jeff Green with a minute to play.

“Carmelo got going like Carmelo can get going, and it didn’t really matter who was guarding him,” said Stevens. “But Jeff went to a different level in the last eight minutes. And that was encouraging to see, because I really thought he did a great job.”

Boston went on a 21-2 run at the end of the first quarter and start of the second to open a 17-point lead, but the Knicks chipped it down to six at the half. New York had an 11-point lead before Boston scored 10 in a row, getting 3-pointers from Vitor Faverani and Bradley to make it a one-point game. Jordan Crawford, who had an off shooting night, continued to find his teammates for open shots. After trading misses down the stretch, Crawford found Faverani underneath to make it 88-84 with less than two minutes to play.

The Knicks cut the lead to two after a Bargnani jumper from the foul line, but Jeff Green drove to the basket on J.R. Smith and made a right-handed layup from the left side of the basket and got fouled by Stoudemire on the play. Green missed the free throw, that lead to Anthony missing an off balance 3-pointer at the other end with four seconds left and Bradley grabbing the rebound, game, set, match;

“You have to realize you’re away, on the road and these teams aren’t going to give up,” said J.R. Smith. “This team is number one in our division for a reason.”
Boston finishes off the week 2-2 and they will be rewarded with the next few days off as they prepare to play the Minnesota Timberwolves on Monday night at the Garden. They will try to even up the season series; tip-off is at 7:30. 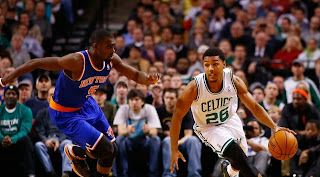 Besides Amar’e Stoudemire finished with 18-points as the rest of the Knicks bench scored four to Boston’s 38. Kelly Olynyk returned to the lineup after missing the previous 10 games with an ankle injury. He had four points and four rebounds in 14 minutes, and also one highlight blocked shot. As reported earlier today, Rajon Rondo has been cleared by doctors and will likely be back in the lineup by next month.