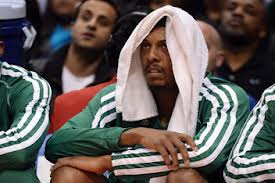 The Clippers won their 15th straight game and improved on their best record in the NBA after blowing out the Boston Celtics last night. It was a blowout from the start as the Celtics came out flat and found themselves down 21-6 about mid way through the first quarter.

The Celtics who were coming off one of their biggest win of the year on Christmas, could not carry any momentum across country and let the Clippers walk all over them. If any one was using this as a measuring stick to see where the Celtics match up to the elite teams in the NBA, the Celtics definitely flunked that test. 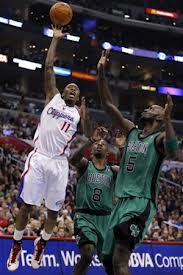 They played awful defense letting the Clippers score 60 points by halftime. Also they had no answer for the Clippers reserves and sharp shooters. Matt Barnes actually was the games leading scorer with 21 points, hitting 5 of 9 from downtown. Also Jamal Crawford cemented himself as the front runner for 6th man of the year putting up 17 points and really slamming the door on any thoughts of a comeback in the second quarter.

At one point the Celtics were able to cut the lead to 4. Jason Terry and Courtney Lee hit rare three balls and it looked like the Celtics may have somewhat of a chance to make it a game. Crawford then went off, driving to the hole at ease and draining three pointers only he would dream of even taking. That really did it in for the C's and they never got the deficit after halftime to a respectable number.

Granted it was mainly garbage time by the time the fourth quarter started, it was a pitiful, embarrassing, shameful exposition by the Celtics. They managed to only score 10 points and had the bus started by the start of the quarter.

Usually this is where I would try and shed light on the good things the Celtics did in the game that may have been overshadowed by the loss. Yet today, I have nothing. Pierce, Garnett, and Rondo all had pedestrian games and everyone of the Celtics were a negative in plus/minus. The leader in the clubhouse was Jarvis Varnado who came in at -4. 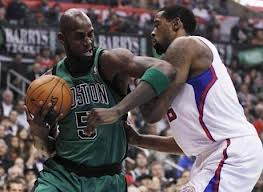 Consistency has been a problem all year for the Celtics, who no longer can fall back on the 'working though early season problems' excuse to justify their play. The bottom line here is that the Celtics, right now, are not a championship contender. They simply don't have the ability to win against the elite teams in the NBA. They haven't been able to carry over momentum at any point this season and cant win more than 2 games in a row.

All this will need to be sorted out before we can seriously consider this team as a threat.  The return of Avery Bradley gains more importance as the losses pile up. He's no miracle worker but it could be the shot in the arm this team desperately needs.

Posted by SeanDutra at 10:12 AM
Email ThisBlogThis!Share to TwitterShare to FacebookShare to Pinterest