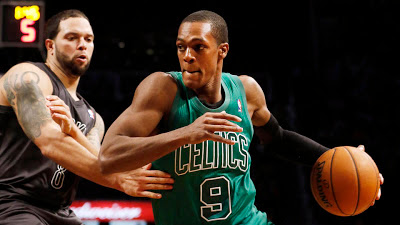 The Celtics spoiled the Nets' first Christmas matchup in Brooklyn by blowing them out 93-76.

Nets started off the game red hot offensively and jumped out to an early 11-6 lead. But Celtics responded, and ended the first quarter with a two-point lead and took over in the second. Celtics put together the best offensive quarter of the season in which they scored 34 points and jumped out to an 56-42 halftime lead.

Pierce and Rondo, both led the way but switched roles for Christmas, as Rondo scored a game-high 19 points and Pierce dished out a game-high 10 assists.

The Nets also saw a great performance come from the bench of the Celtics as they put up a season's best 43 points, led by Sullinger's 16 and Green's 15 points.


"We moved the ball; we rebounded the ball," Rondo said. "They beat us pretty bad on the glass, so tonight we did an exceptional job on the glass, taking care of the offensive rebounds, and we got stops"


"It was good to get off to this start. It was good to finally play from start to finish, especially with the way we've been playing against Brooklyn," Pierce said. "So it was a well-balanced game, but I'm happy with the start of the game." 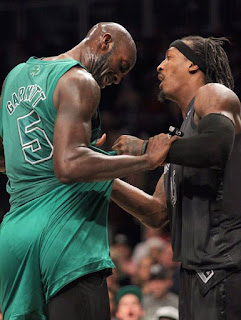 Things got chippy early in the fourth after Nets' forward Gerald Wallace was fouled and appeared to hold onto Garnett's uniform to balance himself and not fall. But Wallace then continued to hold onto Garnett's shorts as Garnett tried to push himself free. The altercation led to technical fouls for the two, along with Blatche and Lee. Garnett says he asked Wallace what he was doing but never got a response.


"I don't know where in America you can [yank] somebody's pants off, or shorts off. I don't know what the hell was going on," Garnett said.

Celtics made life easier for themselves because of two things: rebounding and lack of turnovers. Nets were outrebounded (which almost never happens) and Celtics forced 20 Brooklyn turnovers while they managed to only turn the ball over 10 times against the Nets. They also outscored Brooklyn in the paint, 46-34. That is something I would love to see more often.

Next stop on the road trip will be against the red hot Clippers, Thursday night in Los Angeles. Clippers are currently on a 14-game winning streak.

Jared Sullinger was the player of the game. His 16 points and seven rebounds set the tone off the bench. Sullinger is someone the Celtics are going to need to be productive on this road trip. Not only because of his youth, but because without Wilcox (out for  3-4 weeks), the C's are down another rebounder... The Celtics' 21-point lead against the Brooklyn was the biggest lead they had all game. The Celtics have not loss a game since 2006 when leading an opponent by 19 points or more.