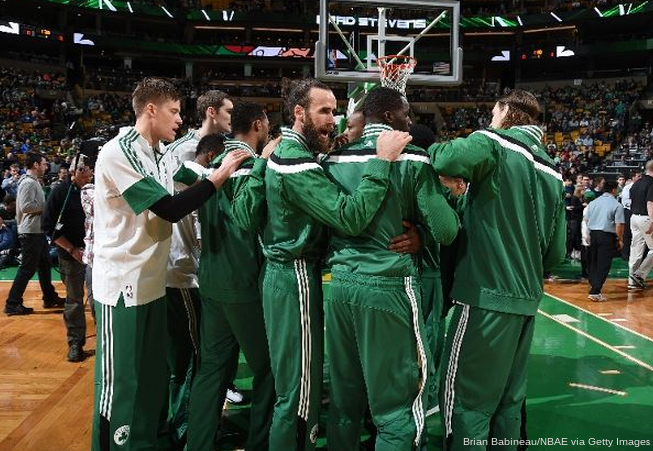 With five-games to go and the Celtics (eighth seed) are one-game ahead of the Pacers and Heat, who both have the same record of 34-43. Boston is also one-game behind the Nets (36-41) as only 2.5 games separate the seventh through the 11th seed in the Eastern Conference postseason race.

But if you believe that the C's are already playoff bound and will grab that eighth and final spot, there are tickets already available. According to Celtics.com an exclusive pre-sale which began this morning, could have fans register to obtain access to purchase your chance to enter the TD Garden during round one of the NBA playoffs for the first time since 2013.

Of course for whatever reason the Celtics don't make it to the postseason, fans will be able to receive a refund. But if you have been watching this team for the last two-months, there is a strong possibility that a playoff birth is in the future as the final week of the regular season is underway.

In the past five weeks, Boston has won 12 more games than Atlanta, Chicago, Dallas, Memphis, New Orleans and Oklahoma City. The only other team with more victories in that time span is Cleveland (which the C's play twice in the next seven days) with 13 wins.

The Celtics have been enjoying some time off since their huge 117-116 overtime win in Toronto this past Saturday night, and will be nationally televised on ESPN for the first time this season, when they take on the Pistons in Detroit on Wednesday night (Tip-off is at 7:00 EST). Then they'll take on LeBron and the mighty Cavs in a home-and-home before meeting the Raptors again (at the Garden) and the current sixth seed Bucks in Milwaukee in their season finale.

"We need these games," said Celtics rookie Marcus Smart, who was the hero of last weekend's win in Toronto. "When you've got a goal you're trying to reach like that, it kind of forces you to band together. That's what we've been doing in this locker room." [Celtics.com]

It's going to be quite the finish in this race, as Indiana has won two in a row and have their all-star in Paul George back in the lineup, after missing the first 70 plus games. The Celtics on the other hand, who don't have a star, should get a little boost from their best player in Jared Sullinger, who returns after missing 24 games from a foot injury last Friday in a loss against the Bucks.

You make the call on who you think the last-two final spots in the East will go to. Either way with playoff tickets already on sale, it will be a fun eight days.


Click here to hear what ESPN's NBA analyst; Bruce Bowen had to say.