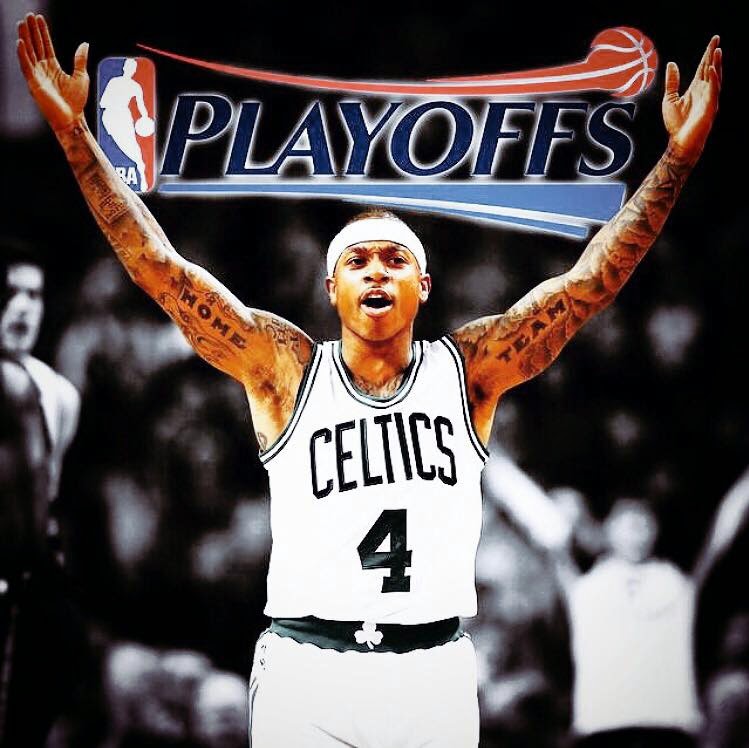 The Celtics are in!

After the Nets' 113-86 loss to the Bulls last night, the Celtics officially clinched a playoff spot. Brooklyn can no longer catch the Celtics because the C's own the tie-breaker between the two teams. Celtics are headed back to the playoffs for the first time in two years.

Now the only question is: who will the Celtics play in the first round of the playoffs?

Well, it's this simple.

After a slow 13-26 start, the Celtics struggled to stay afloat in a weak Atlantic Division. And then the team traded Rajon Rondo, followed by Jeff Green, and just like that the C's looked like a team that was going to be relying on NBA lottery ping-pong balls this summer. But that wasn't good enough for coach Brad Stevens. He wanted to win games, and made this team buy into what he was selling. Stevens turned his team to a hard working, relentless group of guys.

The Celtics strung together impressive wins in late January-early February, including a road victory against the Portland Trail Blazers and a win at home against the top seeded Atlanta Hawks just before the all-star break.

Then on February 19, Celtics president of basketball operations Danny Ainge agreed to a deal with the Phoenix Suns for guard Isaiah Thomas just before the trade deadline, a deal that sparked the Celtics' offense and set the tone for the rest of the season. Since the trade deadline, the Celtics are 18-11, the second best record in the league throughout that stretch behind the Cleveland Cavaliers (19-7).

Averaging 19.5 points and 5.4 assists per game in a sixth man role, Thomas not only ignited the offense but has also made the guys around him better. By March, Avery Bradley was averaging 18.3 points while shooting 45% from the field. The deal for Thomas has also elevated Evan Turner's game to new heights, Turner has posted three triple-doubles, the firsts of his career. And has become a go-to option at the end of games after hitting two game winning shots against the Hawks and the Trail Blazers.

The Celtics won't have a deep playoff run but this team has reached their goal, a goal that two months ago was improbable and considered highly unlikely.

Most of the players on this Celtics roster have never even been to the NBA playoffs, including Isaiah Thomas. After Sunday afternoon's game, Thomas talked about making the playoffs and how important it is to him.

Celtics will most likely face LeBron James and the Cleveland Cavaliers. If so, James will play playoff basketball at the Garden as a member of the Cavaliers for the first time since 2010's Eastern Conference semifinals. That was the last time he played for Cleveland before heading to Miami. The stakes may not be as high as those classic Cleveland-Boston playoff battles in 2008 and 2010, but you can expect Boston's faithful fans to be just as loud as they were back then.

C's play their final home game tonight at the Garden against the Toronto Raptors, tip-off is at 7:30 EST.

Celtics playoff basketball is back.