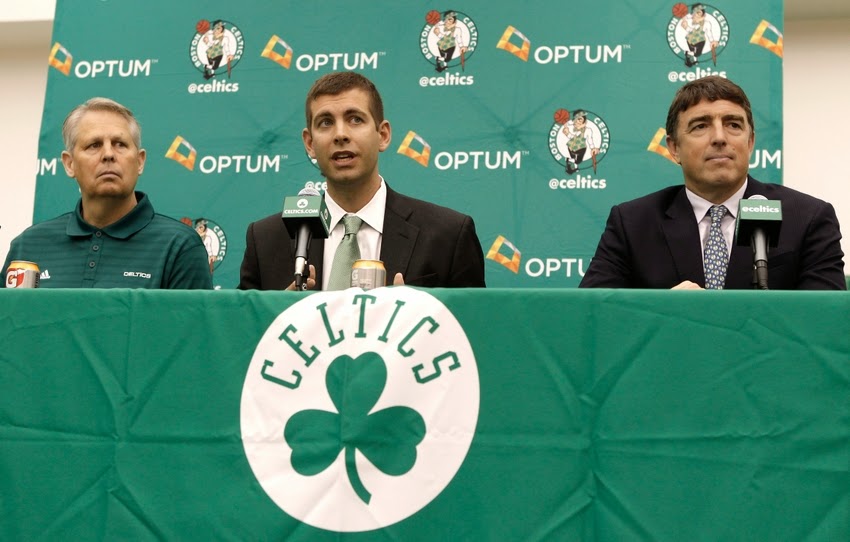 With training camp less than a week away, the C's are gearing up for another rebuilding season. Rajon Rondo is in the last year of his current contract, and if you believe the rumors from all around the league, it looks like the point guard will likely be traded sometime during the next five months or he won't be re-signed. Either way, the future still seems up in air for the eight-year veteran.

On Tuesday during the Shamrock Foundation's annual golf charity event, the Celtics brass was on hand answering questions about what else? Their captain and whether they want him to remain in Boston for the long haul.


"It's my goal to keep Rondo here," said Celtics co-owner Wyc Grousbeck. "We all want that and I actually honestly think he should speak for himself. I think Rajon wants to stay and would be very happy to stay. He's proud to be a Celtic I know that, and he's proud to win that ring and he deserved it." [CSNNE.com]

Despite Grousbeck stating earlier in the week that Rondo was 'super stubborn' and at times 'un-coachable,' it still seems that he wants his all-star to stay beyond this season. Though as honest as his comments may have seemed, if they are in fact looking to trade the guard, that didn't make #9 too appealing to possible suitors.

"I saw a report, but I didn't hear the context, so it's hard to know exactly what was said or exactly what context that was put in," said Stevens. "Rondo has been around, he works hard and he's a guy that I've really enjoyed coaching." [ESPN.com]

Celtics president of operations; Danny Ainge has said on several occasions that he expects Rondo will stay in Boston. He even went as far as predicting what type of season his starting point guard will have. 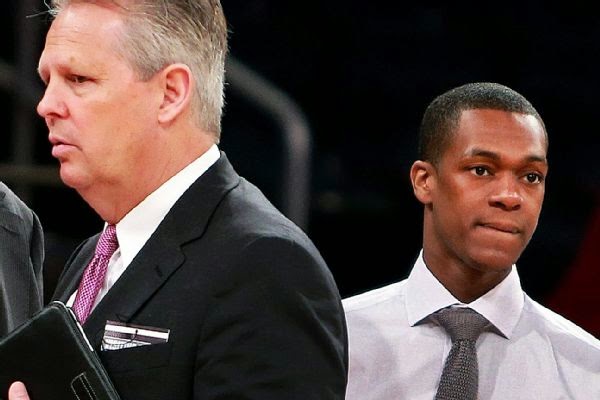 We can also expect trade rumors and the same questions being asked over and over again. Ainge knows thats the nature of the business, and fans can believe whatever they want to believe, especially when there's hasn't been a lot to write about. He has no control over what's gets said or written.

"There's been a lot of people that have flat-out made stuff up and it's become hot topics," Ainge explained. "Very credible people have made things up, and that even makes it worse. So yes, I think there's probably a lot of people out there that have some sort of belief that there is some truth in the rumors that go on out there. My hope is that we can have a long-term relationship [with Rondo]. Players like Rondo are hard to find. It's hard to get free agents, without players with some cache. And Rondo is our best player, simply." [ESPN.com]

I think it's a 50-50 split if you were to ask Celtics nation if Rondo should be traded or not. Based on stories and reports this offseason, it's something to think about. There is no doubt in my mind without the new collective bargaining agreement, we would not be having this discussion because an extension would probably have been signed by now. But that's not the case, Rondo, like all pro athletes have, has to consider all options. That is what makes a basketball operations job that much harder. The decision may not be in their hands as much as it is in the player's.

"We want to hang banners in Boston," says Ainge. "Ultimately, that's what drives all our decisions." [ESPN.com]

So once again, is captain Rondo apart of the Celtics' future beyond this season? Is that decision even up to Ainge? Or are we playing the 'wait and see' game until next summer?

"Yeah we expect Rajon to be in Boston for the long-term," says Ainge. "Does that need to be asked anymore by anybody ever again?" [CSNNE.com]

Sorry Danny, with not much 'fireworks' this past summer, expect that to be asked all season long.