C's Get Set For Media Day 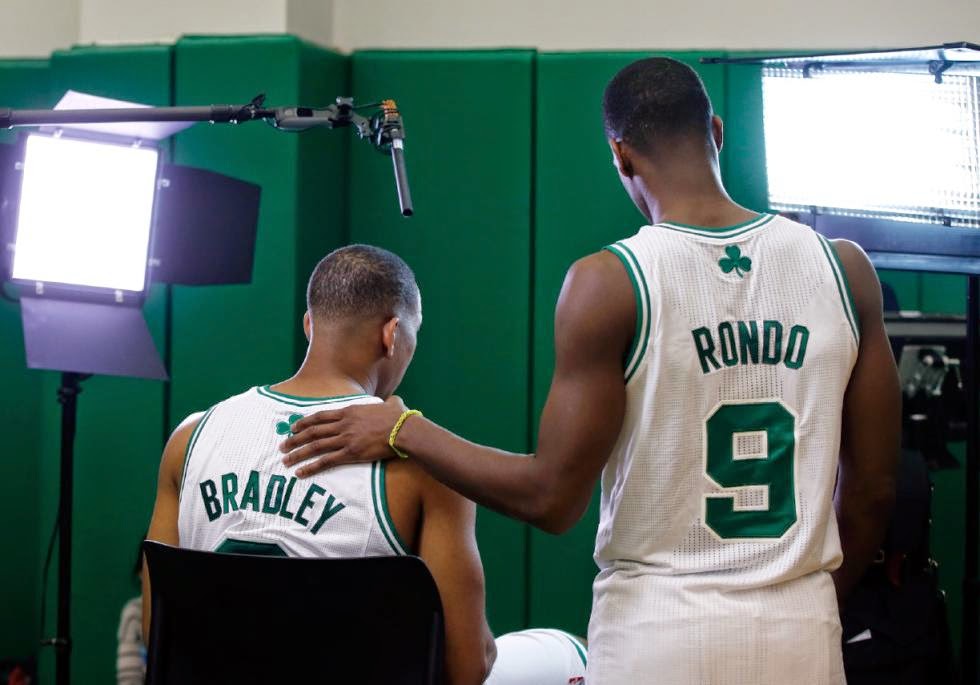 Today the 2014-15 season will officially begin for the Boston Celtics. The entire team will meet at their practice facility in Waltham, MA for what is known as Media Day.

After an interesting offseason full of rumors of a possible arrival of another all-star and of course stock piling draft picks, ready or not the C's will have plenty of questions to answer in a few hours.

At 2 PM EST, the Celtics will be wearing their home white uniforms and they'll not only be asked a plethora of questions by mass media outlets that will be on hand today, but expect players to read promos, and also take pictures during the three-hour event.

Here are some of key topics that will be brought up today:

Rondo's latest injury: Rajon Rondo was already going to steal the show today before he broke a bone in his left hand during a fall at his house last Thursday. After missing 95 games in the last two season due to ACL surgery, this would have marked his return to training camp for the first time in two years. It's another setback for the captain, as he will now be out of action 6-8 weeks and questions surrounding how the injury occurred will be asked repeatedly. Unfortunately that will be the main focus with Rondo instead of what type of season he thinks the Celtics will have this year. Of course his future will be talked about, and his feelings on what Danny Ainge and Wyc Grousbeck had to say last week on how they want the all-star to stay long-term.

Turner becoming a Celtic: On July 21, Evan Turner and the Celtics agreed to terms on a two-year deal (reportedly $3.3 million per season). But the swingman had not been signed and could not be added to the roster. 71-days later, after a few trades and a few non-guaranteed contracts being waived (John Lucas III and Malcolm Thomas were formally released on Sunday), Turner looks to officially be added to Boston's depth chart just in time for the start of training camp on Tuesday. Look for the vet to be asked what he can bring to the table, which in my opinion is more than people think in terms of offense.

New additions: Reporters will have a chance to break-in the new guys such as James Young, who has not been seen much since draft night. Marcus Thornton, who has been a Celtic since July but we'll finally see the guard in some green and he'll let us know what he can offer. Plus the newest acquisitions of Dwight Powell and Erik Murphy will be available as well. Also look for training camp invitees to be on-call to field questions too.

Injury Updates: With a few players nursing injuries that ended their season early such as Gerald Wallace (torn meniscus and bone spurs), Vitor Faverani (torn meniscus). Look for them to answer some questions on their current state of health, especially Wallace who has literally been M.I.A. all summer. Faverani will also be asked about his drunk driving charge in Spain two months ago. Both should be ready by Tuesday to get back to work. Kelly Olynyk had a busy offseason and we can't forget bout him tweaking his right wrist while playing with the Canadian National team. The second-year center insists it was nothing too serious, but you never can be too careful.

There will be plenty of questions of who will lead the team on the court in Rondo's absence. My vote goes to rookie Marcus Smart, I think that will be the only silver lining for the next month. We get to finally see what all the fuss is about with this kid.

What are you the Celtics fans looking forward to see?