Who is the Celtics Closer?: Gotta be Jeff Green 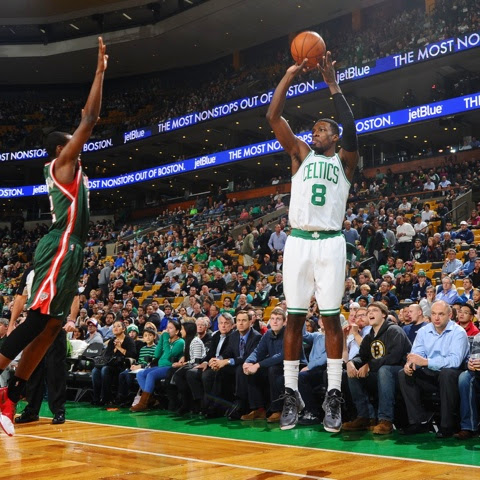 For the first time all year, the Celtics were able to pull out a close one against the Pistons last night. It broke a streak of late game woes that have come to define the young season for the Celtics.  The C's have been so bad this year at holding on to a lead and have been awful in late game execution, whether it’s getting a key defensive stop or executing a final shot to win the game.


The main issue for team is the lack of a closer. As Celtics fans, we have been blessed and spoiled over the years with one of the best crunch time players in NBA history, but Paul Pierce is not walking through that door.  So that leaves the question of who should get the ball in the closing minutes/seconds of a tight contest? It’s a question Brad Stevens seems to be struggling to find the right answer for.

Typically you’d look to you All Star to close out games. Which brings us to Rajon Rondo and his horrific free throw shooting. As nice as it would be to give the ball to Rondo and let him penetrate, drive, and dish for the open jumper, his free throw woes negate that possibility. Defenses would just foul and force him to go to the line sporting his 30% free throw percentage.  If Stevens is smart, Rondo wouldn’t even be on the floor in final shot situations.

Last night in the final seconds, Stevens was swapping offense/defense substitutions with Evan Turner and Rondo. Smart move considering the Pistons were in full fledge foul mode at that point.  That is not to say Rondo isn’t worthless or that we should trade him, but just to say he is NOT an option for the final shot of the game until he gets his free throw shooting up.

The next logical option would be your go-to scorer; Jeff Green. Green has shown spurts of being the guy who should take the final shot. Last year in Miami, he nailed the corner three as the buzzer sounded as we all reminisce, but this season Uncle Jeff has been strangely silent when it comes down to the closing seconds.

Last night, the game was tied and Stevens drew up a play for Green to drive and score, or get fouled. Instead he went up soft against one of the best low post defenders in the league in Andre Drummond and was HOUSED. Green opted for a floater instead of going strong, and the game went to overtime.

In OT, Green showed flashes of why he is the leading scorer on the team. He was confidently shooting the three and getting to the line. Which brings us back to the same old story when it comes to Jeff Green: Consistency. He is a borderline All Star when you look at his stats, but he can’t get it together consistently. He scored 32 points last night and was clearly the most dominant offensive player the Celtics had all night.

You could make a case for Jared Sullinger to be the go to guy at the end of the game but I don’t know if he is there yet. Sully is starting to develop into a late game option but as of right now it’s GOT to be Jeff Green.  The Celtics will go as far as Green goes in the fourth quarter and late game situations. Scary, but true.