Celtics Agree to Trade Rondo to the Mavericks

Rajon Rondo is no longer a Celtic.


Rondo was in the final year of his contract with the Celtics and was averaging 8.3 ppg, 10.6 apg, and 7.5rpg. It's strange timing and also an interesting return for the former All Star point guard. The first round draft pick is currently 23 and will most likely stay in the high 20s. Brandon Wright is a nice player who could flourish in an expanded role, but this will certainly leave some C's fans scratching their head. 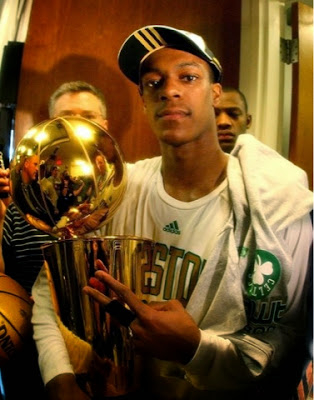 Every year around this time we hear all the buzzing rumors around Rondo. This year was different though with Adrian Wojnarowski pushing through some rumors last night after the Celtics beat the Magic that Rondo was being pushed on the trade market by Celtics President Danny Ainge. Typically, the noise would be shot down as it has in the past but this year it was different. The rumor had legs and Dallas was the team involved. Turns out less than 24 hrs later, it was official, and the deal was finalized earlier this evening.

As both teams are waiting for league approval, bottom line is Dallas is gets a lot better with this trade for this year and vaults them to the top of the Western Conference, and the Celtics add to there list off assets and draft picks. The question is what is Ainge's plan now???

We here on Causeway Street will keep you posted for more reaction on this trade.