Dwight Howard & the Top Five Jackasses in the NBA 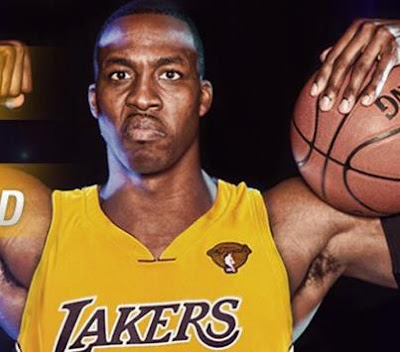 News broke of the Dwight Howard to the Lakers deal Thursday and I couldn't help but shake my head. (Oh, I mean smh... ill get up with it soon.) Seriously though, head down just depressed for a number of reasons.

It is just the case of another overpaid, immature, overgrown boy pouting his way out of a situation where he is asked to grow up. Instead he decides to take the easy way out to go hang out with his friends and eat cupcakes.Dwight Howard is an ass.If it wasn't bad enough he didn't want to play for the team who drafted him, or play in front of fans that absolutely idolized him, or sign an extension for millions more than anyone else could sign him for, Howard made one bad decision after another. He decided to get his coach, GM, and probably the locker room attendant fired because he looked at him the wrong way and refused to pick out the orange Starburst from the pack before leaving it in his locker. But not only get them all fired, he acted like he was friends and on their side only to make his agent relay all of his demands to the Magic ownership. JACK-ASS. Now that I've got that off my chest, the Dwight Howard saga is over. Finally. Why am I so ticked off about this though? Douchebags make up 25 percent of the league, its nothing new. Many of them are the elite and love to wear glasses with no lenses at their press conferences. Howard is right now the Douchey Flavor of the Month but lets take a look around the league to figure out the Top Five Jackasses! Wooooo Hoooo. Ladies and Gentleman, I proudly introduce the #5 Jackass in the NBA....

Ahh, Gentle Jermaine. When talking about an overpaid premadonna, Jermaine O'Neal's name must be brought up. Known best for his actions in the "Malice in the Palace" when he nearly killed a man with a wound up sucker punch, his game has quickly diminished from an All-Star Power Forward to an injury prone excuse maker, who somehow gets paid to show his face. After a shockingly fast fall from grace, he was with the Miami Heat the 2010 season and was making....wait for it.....$23,016,000 that one year. Yes, you heard it right, he was making 23 MILLION DOLLARS that season. If you remember correctly that was the same season that he looked like a rotting corpse in the first round of the NBA Playoffs against the Boston Celtics. 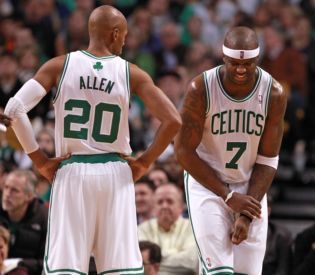 So, naturally O'Neal joined the Celtics the season after signing a two year 12 million dollar contract. What a freaking waste of money. O'Neal played in only 49 games over the two years and when the Celtics needed him the most in 2011 after Perkins was traded and Shaq was injured, they looked to him, and naturally; he cowered.
This is what gets me though.  Not only does he know he's a bust but when the rejuvenated   Celtics squad were making their playoff push in 2012, O'Neal asked to be released so he can join a championship contender. Are you freaking kidding me! Jermaine O'Neal, who couldn't get his ass in shape to even get on the court decides he is too good for Boston. WHAT AN ASS. Then after all that, after all the money he stole, and all the games he missed, and all the people he disappointed over the last 5 years of his career, this off season he has the audacity to say and I quote:

"I want to join a team for the veterans minimum because winning a championship is the only goal."

You son of a bitch. How dare you. Go Rot in Phoenix playing third string center behind Gortat and Scola. God hates you and so does Boston.

Yes, that was very personal. Now onto the rest of the list.  Who's Number Four? ...place your bets now.

It's really hard to hate a guy who has won two NBA Championships, been on the same team his entire career, and has never really had any off court issues. However I'm going to do it.
Dwayne Wade to me falls into the category of people that i just want to punch in the face continuously. He's just got that look on his face that seems smug and screams "I'm better than you at everything" He takes that attitude on the court as well, as he has developed a reputation for being one of the dirtiest players in the league.

Now for the real proof of why he makes it to #4 on my Top 5 Jackasses in the NBA, please take a few minutes and LOOK AT WHAT THE HELL THIS GUY IS WEARING! 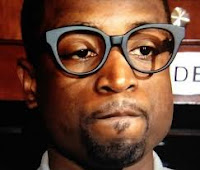 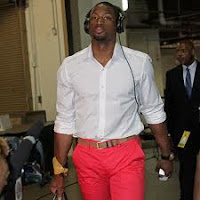 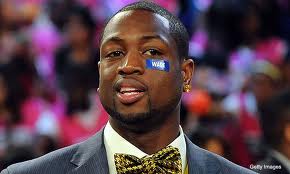 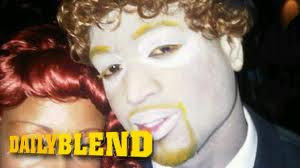 Just look at the picture at the top of the article. Jeeez.

I don't care that everyone is now giving James a pass because he won the NBA Title. James will always be the Most Douchey Player in the league. From the Decision to "Not one, Not two, Not three..." he is an absolute clueless human being. 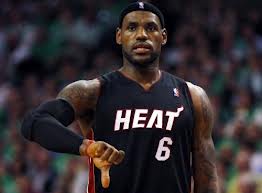 He is under the impression that if he wins championships people will all of a sudden forget about the epic playoff failures he had for his first 8 years in the league. Or that winning three championships will make people forget the painful ONE HOUR SPECIAL AIRED IN PRIME TIME ABOUT WHERE YOUR GOING TO PLAY BASKETBALL. Guess what Lebron, you can do absolutely nothing on the basketball court to make up for those actions. Guy just pisses me off, if only he wasn't ridiculously good I'd have a lot more justifiable firepower to come at him with.

Anyways on to the Number One Jackass in the NBA.

Who else would top this list. The little sniveling prick himself, David Stern everyone.
For some reason, since the lockout was over David Stern has seemingly taken on the role of the Mafia Boss running the NBA. Nothing made me more proud than this on draft night though.


However, Stern wallows in the boos. I have never seen anyone love to play the villain more than David Stern. He screams doucheyness every time he opens his mouth with his condescending tone. How dare you question "The Stern". Just ask Jim Rome, what it feels like to cross the commish.I'm fully anticipating his Rick Ross type rap single to come out soon featuring Metta World Peace. Gonna be BOSSS.