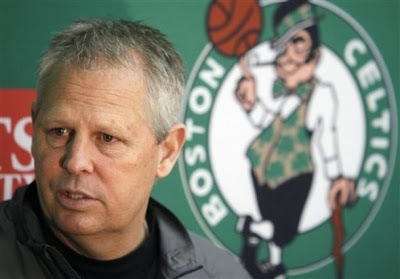 The Celtics will continue to keep an eye on center Greg Oden throughout the summer as the former number one pick attempts a comeback into the NBA.

President of basketball operations Danny Ainge told the Boston Herald that he hasn't forgotten about Oden, and that he hopes to see him sometime during the offseason.

Oden supposedly looks unbelievable according to Ohio State forward Deshaun Thomas, who has been working out with Oden. According to ESPN.com a there are a hand full of teams that are interested in Oden, including the Spurs, Hornets, Bobcats, Pacers, and Mavericks.

Celtics could benefit greatly with Oden in the paint, if he can stay healthy. When healthy, Oden was a consistent shot blocker for Portland and finished around the hoop offensively.

Oden, 25, hasn't played a game since 2009 because of knee injuries. He has only played 82 games out of his four-year career with the Portland Trail Blazers.