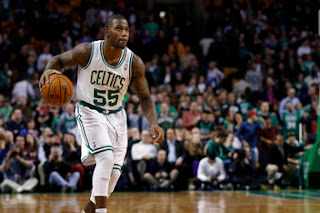 Celtics guard Terrence Williams was arrested by police in Kent, Washington, for allegedly making gun threats towards the mother of his 10 year-old son early Sunday afternoon.

Kent police say Williams was allegedly brandishing a gun at the mother of his son during a scheduled visitation exchange and was booked into the King County Jail in Seattle early Monday morning.


Officials say the woman called police around 1 p.m. Sunday and said that she had been threatened with a gun. Williams had left the house when the call was made but was arrested later in the day.


"We investigate and treat all cases such as this very serious regardless of the status of this involved," Kent police detective Melanie Frazier told the Kent reporter.

Williams, who grew up in Seattle, is scheduled to appear in court later today.