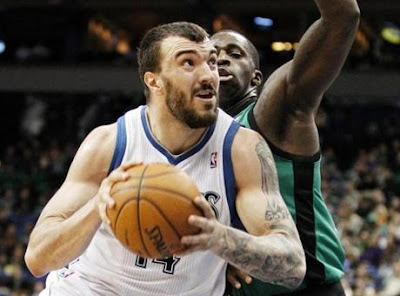 To be fair, the Celtics went into Minnesota last night without the three best players on their roster, and without Kevin Garnett, Paul Pierce, and of course Rajon Rondo, the Celtics were dominated by the pitiful Kevin Love-less T-Wolves from start to finish last night.


I really Pekovic fan club, who certainly got their moneys worth.  Pekovic's 29 points, led the way for the Wolves who went on to get their 27th victory of the year 110-100. 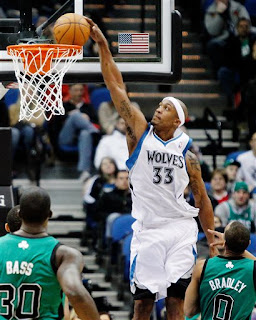 feel bad for the people in Minnesota who actually bought a ticket for the game last night, except for the Nikola

It was truly a night to forget for Doc Rivers and the Celtics as their seemingly inevitable slide down into the 8th spot in the standings continue. With the loss, the Celtics are only 1 1/2 games up on the Milwaukee Bucks for the final spot and a date with the Miami Heat in the first round of the playoffs.

The Celtics had absolutely no answer on the inside to defend Pekovic.  He got to any spot in the paint with ease, got the ball, scored, repeat. JJ Barea, Dante Cunningham, Andrei Kirilenko, and Derrick Williams all chipped in with double figures and really made the Celtics look like a lottery team, which to be fair, is probably the talent level they had on the floor last night without any of the C's Big Three playing.

The Celtics did get pretty solid guard play last night especially from Avery Bradley. He seemed to break out of his recent shooting funk and scored 18 pts, on 8-14 shooting. Also Terrence Williams continued his campaign to get more regular minutes putting up 14-5-6. 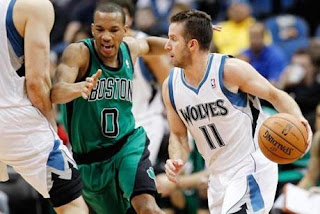 This game had Jeff Green written all over it, but the typically unreliable Green was invisible for most of the game. In a match up that he could have dominated, Green took the docile approach only shooting the ball 10 times. That is a very disappointing sign for the Jeff Green band-wagoners, as he yet again can't seem to put together a stretch of games playing at the high  level we all know he can play at.

The Celtics take on the Pistons next. The push for the playoffs continue, and they better be thanking Andrew Bynum for the security of at least the eighth seed.