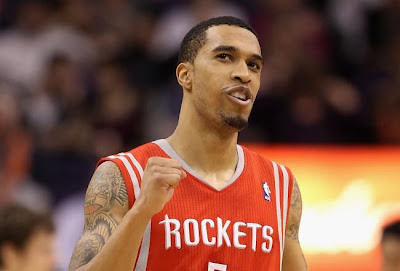 Doc Rivers recently spoke to Boston Globe's Bob Ryan and gave him a bit of an outlook for the start of the 2012-13 season. Doc told him that Courtney Lee will start, Jason Terry to remain in his traditional 6th man role and Avery Bradley's role has yet to be determined.

Sounds good to me, Doc.

I'm excited to see how Lee and Pierce will complement each other offensively and how much aggressive Rondo will be. Although I expect a quicker upbeat offense from the Celtics this season, Rondo needs to constantly be a scoring threat, while also pushing the ball.

Boston no longer have to stick to their half-court set of the past. A system that the club grew used, and was specially designed for an open Allen 3-pointer (that usually took 18 seconds off the shot clock). Celtics have more options this year. Lee will be a great for scoring transition buckets. He is more athletic than Allen and Terry, and will be an easy target for Rondo, especially after forced turnovers. His energy will be a great jump start for the Celtics but don't be surprised if you see Terry ending games.

A more aggressive Rondo on the scoring end is a must for the Celtics this season. Rondo proved last spring during the playoffs that the Celtics are a much tougher team to guard when Rondo constantly goes to the basket. Because he is a pass-first type of point guard, opponents give him a lot of space but tend to collapse on him defensively when he goes to the hoop. This style of play will lead to easier buckets for Pierce, Garnett, Bass & Lee.