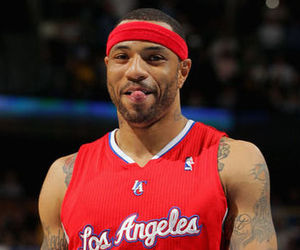 The Celtics have expressed interest in signing veteran forward Kenyon Martin. Although this story has yet to be confirmed by his agent, there is a strong possibility it is true. Celtics could use a little more depth in the front court and Martin would be a great candidate.

The veteran big man would be a perfect fit in Boston because of his size and defensive presence. Although Martin isn't the same offensive player he once was, he has shown he can still rebound and intimidate opposing big men in the paint.

Last season, Martin played for the Clippers following the lockout and had the worst season of his career. However, it was clear he wasn't in shape after coming back from his stint in China but still looked effective on the defensive end. The market hasn't been showing a lot of interest in Martin, so the bi-annual exception and competing for a title could possibly be enough to persuade him to sign. My only worry is that Martin will defer and sign with a contender in March which will decrease Boston's chances of getting him. We want to sign him now and avoid jumping into a mid-season bidding war.

This is not a risky move for the Celtics, we can only gain from Martin's presence on the floor. Stats show that the Clippers were statistically a better team with Martin on the floor last season; proof that he will actually make a difference. So in other words, he is no Jermaine O'Neal.