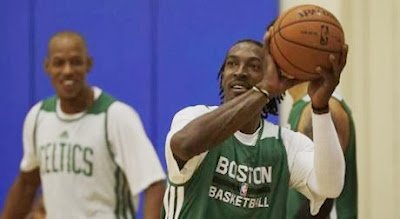 The Celtics dropped their first preseason game of the year to the Toronto Raptors last night, 97-89. It was only the preseason opener so truly the score is meaningless but last night was really the first glimpse that the fans of the Boston Celtics had of a fully revamped roster and coaching staff.

Even though it was just a preseason game there was a few things that you can take away from the glorified scrimmage.

Newcomer Gerald Wallace looked like his old self. Last year, he was stuck in a rut while playing for the Brooklyn Nets.  It never worked with Brooklyn, Wallace had the worst season of his career by far averaging only 7.7 ppg. People quickly forgot about the consistency that led up to his quick stint in Brooklyn.  Last night he showed glimpses of what led him to an all star caliber player his first 12 years in the league. 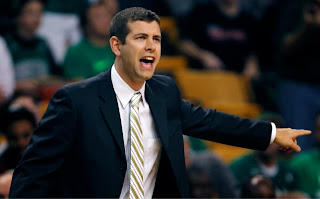 Wallace led the way for the Celtics, scoring 16 points in his Celtics debut. He came off the bench to provide a spark and lead the 2nd unit, as Coach Brad Stevens is still tinkering with lineup combinations.

The Celtics started the game with a line up of  Avery Bradley, Courtney Lee,  Jeff Green, Brandon Bass, and Kris Humphries.  Stevens, obviously still feeling out his squad had a new 5 in the game to finish the first quarter and really was subbing five and five all night with not to many lineup combos.  His second unit consisted of Jordan Crawford, Kelly Olynyk, Jared Sullinger, Victor Favorini, and Wallace.

Jared Sullinger also had a really strong game. Coming off an off season that had more downs than ups, Sullinger showed he was back in full form. He showed no ill affects from the off season back surgery and run in with the law, and put up 14 points and 6 rebounds. 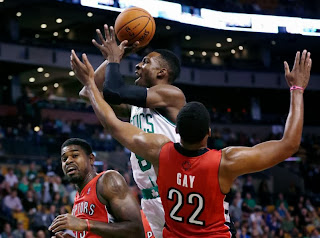 Another bright spot for the Celtics was their up-tempo style of play. The Celtics are full of athletes who can run the floor all night, and showed last night they were willing to take full advantage of that. Jeff Green, Courtney Lee, and Avery Bradley seemed to have some great chemistry running the fast break.

In Rookie Kelly Olynyk's first non summer league appearance, he looked like a rookie with some good upside. He only scored on one of his five attempts, but did add five assists that lead the C's on the night.

All in all we got our first glimpse of this team that has a lot of growth ahead of them. Its only the pre-season, and yes they lost but there were more positives to take away from their first game then negatives, and that's all Brad Stevens can ask for at this point.