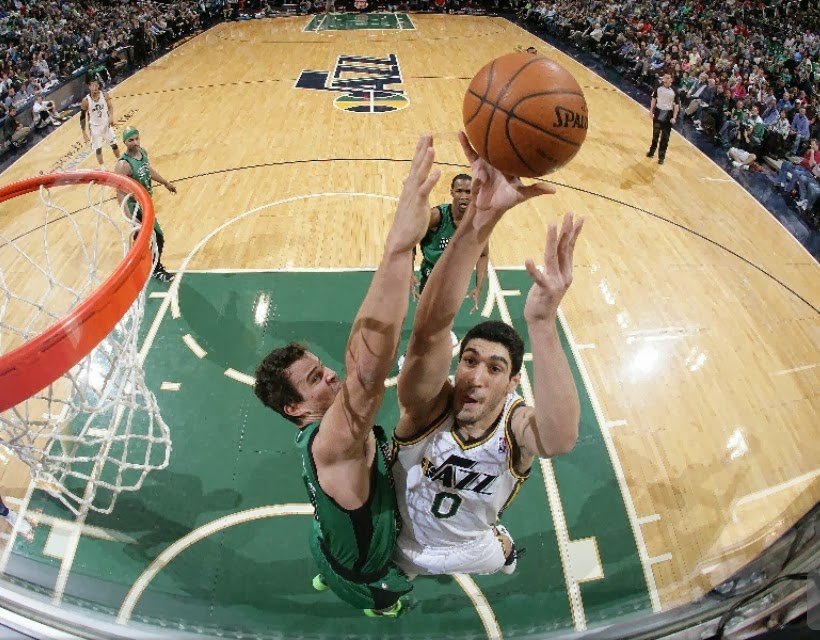 It was the Celtics fifth consecutive lost, and third straight to the three worst teams in the western conference (Lakers, Kings, Jazz).

Celtics were without Jared Sullinger, who missed his second straight game with a mild concussion. It was reported he suffered the hit when Chris Kaman elbowed him in the head during Friday night’s loss to the Lakers.

Sullinger woke up Saturday morning complaining of a headache and dizziness.


Utah on the other end, losers of six straight coming into last night's game, had Derrick Favors return to the lineup after being out three games with a hip injury. He finished with 20 points, while Alec Burks added 21 and Marvin Williams chipped in 19 and grabbed seven rebounds to help the home team snap their losing streak.

Jeff Green and Kelly Olynyk each led the Celtics with 21 points, while Rajon Rondo returned from his day of rest by posting another double-double scoring 18 and to go along with his 10 dimes. With no Sully, or Bradley (ankle) on the offensive end, the C’s struggled shooting just 44-percent from the field to the Jazz’s 55-percent. 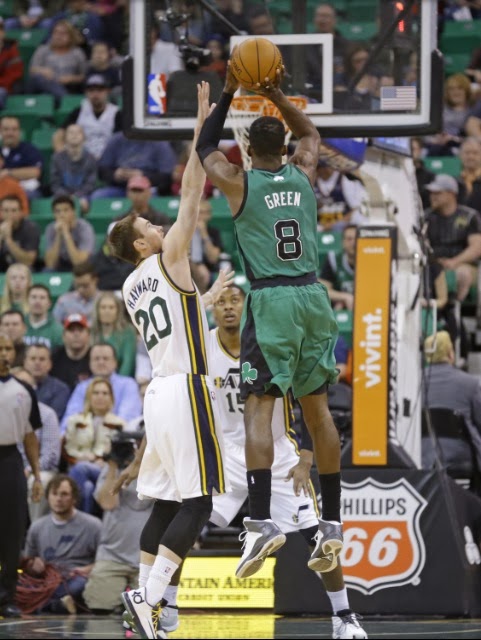 Boston is 4-22 against the western conference this season, including going 0-13 on the road. Utah’s last win to Boston before last night came on March 10, 2010. Despite being down for most of the night, Boston made 20-21 free throws to stay in the game. After trailing 46-59 at halftime, the Celtics scored back-to-back baskets to cut the lead to nine.

Utah pushed the lead to as much as 18 with strong shooting from Richard Jefferson and Marvin Williams, and 10 assists form Gordon Hayward who only scored eight points on the night. The only time the C’s got it back to single digits was when Jerryd Bayless (6-11, 13 points) made a layup with 3:18 to play in the fourth to make it 103-94.

Favors had a three-point play and Williams had a fast break layup to put the game away.

“We couldn’t break their rhythm,” Jeff Green said. “They kept going to the same thing, making us work. They got good looks and were making shots.”

The Celtics (19-39) 1-5 in the last six games return home to the TD Garden on Wednesday night, to take on the Hawks (26-29). It is still unknown when Sullinger will return, as he is following NBA protocol when dealing with concussions. Avery Bradley will be re-evaluated before tomorrow night’s tip-off, which will be at 7:30.


Game Notes:
Utah out-rebounded the Celtics 38-31. The Jazz had 25 team assists to Boston’s 16. Rajon Rondo is looking at disciplinary action after not traveling with the team Friday night. It’s been reported he was not giving permission to stay the extra day in LA to celebrate his birthday, since he was not scheduled to play Saturday night in Sacramento. Danny Ainge is looking into this before handing out any suspension or fine.