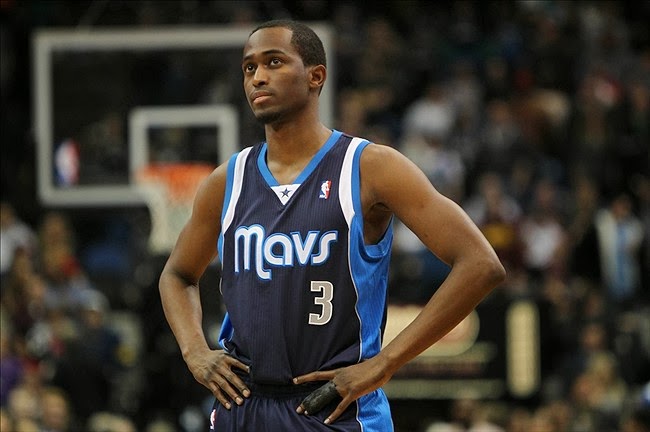 The Boston Celtics only have 14 players under contract on the current roster and may be looking to add one more.

According to Chris Haynes of CSNNE.com, despite having very little wiggle room cap wise, Danny Ainge is looking to sign 6'2 point guard Rodrigue Beaubois. The 26-year-old from France worked out with the Celtics yesterday in Waltham.

He has been recovering from a procedure that repaired a fractured metacarpal in his left hand. Beaubois was signed with the Dallas Mavericks for the last four seasons, but is has been a free agent since July of 2013 due to his surgery.

With the NBA buyout deadline coming up when players have to be bought out before Saturday in order to be eligible to play on a playoff roster. It does not look like the Celtics have any buyout possibilities that would bring the salary cap down to make another signing not affect this year's books.

After bringing in Chris Johnson for the remainder of the season, it is unclear if signing Beaubois right now would keep Boston under the luxury tax threshold, which is $800,000 underneath the league's tax line of $71.75 million.

Depending on timing, signing the guard to a couple of 10-day contracts could work out better for the Celtics than signing him for the rest of the season.

Beaubois was the 25th pick in the 2009 draft and has career averages of 7.1 points, 2.1 assists per game while shooting 44 percent from the field. He has a 6'10 wing span. He has been seen as one of the top backup point guards in the league when healthy. We will keep you posted on any potential signing in the upcoming days.
Posted by Josue Pavon at 4:04 PM