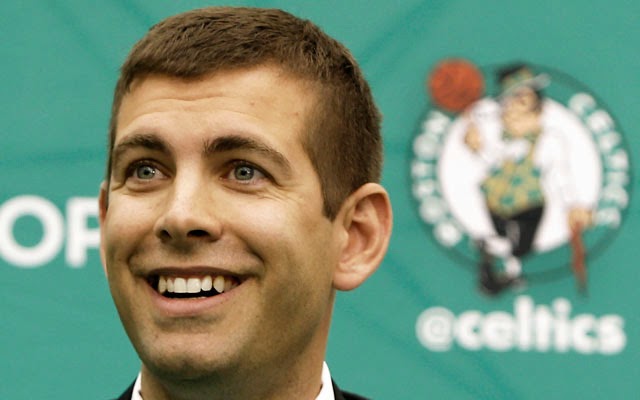 If you take a quick look at the current Celtics Roster, one would come to the perfectly sane conclusion that they have absolutely no business being in the hunt for the playoffs. Yet, going into a game against the  Memphis Grizzlies, the C’s are only 2 games back of the 7th and 8th seed in the East.

Seriously though, it’s absurd that postseason basketball is a realistic goal for this team.  Luigi Datome, who 95% of Celtics fans knew absolutely nothing about until he joined the team is playing significant minutes for this team right now. The offensive star of the team is a 5’9” shoot first point guard who comes off the bench. They traded arguably their two best players mid season, and lost their best big man to a season ending injury in February.

While trying to wrap your head around this warped reality that is the Eastern Conference race for the playoffs, the question must be asked. Why are the Celtics even in the conversation? The answer is quite clear. Brad Stevens is quietly doing one of the best coaching jobs in the league. 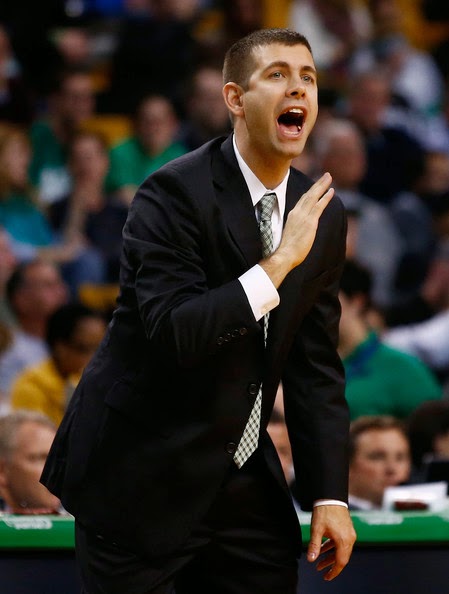 Unfortunately, Stevens will not win the coach of the year award as the Atlanta Hawks Mike Budenholzer has that pretty much all wrapped up. However, it’s quite clear that Stevens is getting the most out of his team on a nightly basis without any All-Stars on the roster, let alone a superstar.

One of the biggest strengths Stevens possesses is his attention to detail in creating a lineup for every situation. He is constantly looking for his best five and has used thirteen different combinations to start the game this year. Most coaches would lose their way juggling personnel, and struggling with a lack of consistency, but Stevens has been able to keep the ship afloat all year. Not to mention the Celtics have had 22 players dress for some amount of time this year, which is an absurd number as it's only March, and they are still in the hunt.

Besides dealing the problem of a mix and matching lineups, Stevens evolves his lineups depending on match-ups. Stevens has utilized the small ball lineup a ton this year. Jae Crowder has been a valuable asset at the 4 in a small ball lineup that usually consists of  Tyler Zeller and a combination of Marcus Smart, Avery Bradley, Evan Turner or Isaiah Thomas. Now with the additions of Jonas Jerekbo and the aforementioned Gigi Datome, both who play the stretch four pretty well only gives Stevens more options to stray away from the NBA norm. That’s one of the reasons he’s been so “successful” this year is his ability to think outside of the box when it comes to strategy and combinations.

If you want to argue the players are all playing above their expectations and that is why the Celtics are where they are, I would agree with that. However, that is a direct indication that Brad Stevens is getting the most out of his players. It’s really a thing of beauty to watch. Look at other coaches in the league whose teams lack an abundance of talent like Byron Scott in L.A. or Derek Fisher in New York, Stevens is on a completely different playing field. It’s not even close, those teams sit there and blame ownership or injuries as to why they can’t win. Stevens ignores those obstacles and expects to win every night. 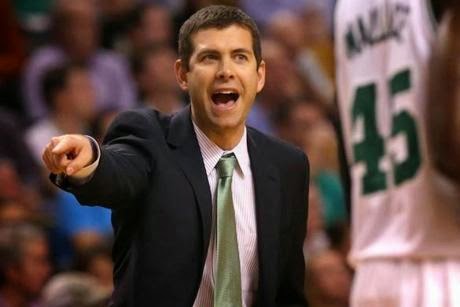 For example, at the beginning of the year the Celtics were losing close games that they were playing well but couldn’t close the deal. By all accounts, fans were pleased with the performance, but not Stevens. He called his team out and said they need to be better, it's not good enough to be able to take positives away in a loss. That sets the tone for the season, and is reason number 147 why Stevens has the stones to make it in this league.

Brad Stevens is not a tenured coach in this league and he is still learning on a daily basis. The fact he is able to demand respect from his team is even more impressive when considering he is only 38 years old.  He’s to make NBA players play like there is something on the line every night. Only a select few coaches in the NBA right now are able to do that, and it’s not because Stevens is doing his best Harbaugh impression. It’s the calm, centered and focused attitude that is Stevens M.O. that has become infectious with the team.

Sure you can say the Celtics are only in the hunt because the Eastern Conference is as sad as it’s ever been, and it’s tough to gauge a coaches impact on the overall win-loss record but Brad Stevens is the real deal. His impressive run as a coach with minimal talent has been great, and has many Celtics fans envisioning just how great it will be once Danny Ainge nabs that elusive NBA superstar.