As summer free agency winds down in late July, a lot of the big names have already decided where they will be playing next season. However there are still a handful of free agents available that would fit in well with the Celtics and wouldn't cost a lot. [Note: Brandon Jennings & Nikola Pekovic did not make this list because they are really unrealistic possibilities for the C's]

Danny Ainge said earlier this summer that free agency is not a priority for the Celtics this summer but we at Causeway Street put together a list of available free agents anyways. As the Celtics continue to rebuild its roster, these are the top 10 players whom would fit the team best: 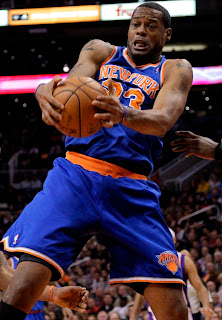 Blocks and rebounds are things the Celtics could use more of and with Garnett off to Brooklyn it's only going to get worse. Camby can do just that for the Celtics and give the offense second chance opportunities.

Camby is reportedly deciding between Heat, Bulls and Rockets at the moment but threw him in this list cause he looked like a good #10. 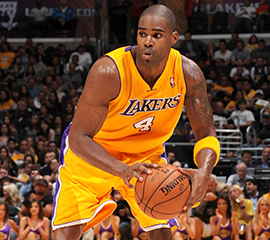 At 37, Jamison is at the tail end of his career but is still someone who can help a team, especially a rebuilding team like the Celtics. Don't expect Jamison to average double digits in points or any other statistical category, but he is someone who can come in and provide relief for Jeff Green and Brandon Bass. He can defend, knock down the three and wouldn't cost the Celtics much.

Jamison is coming off of his lowest points per game average of his career. Last season with the Lakers he averaged 9.4 points per game and 4.8 rebounds. It's the first time since his rookie year that he didn't average double figures in points. 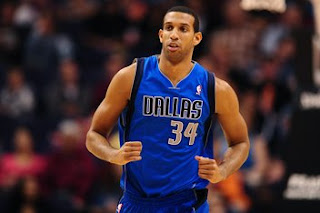 Wright would be a good fit for the Celtics because he can run the floor and block shots. Although Wright had a up-and-down season with the Mavs last season, he averaged 11.2 points, 5.7 rebounds, and 1.7 blocks in the last 30 games of the season.

Reports indicate that Dallas and Wright are very close to reaching a deal. But no contract has been inked yet. 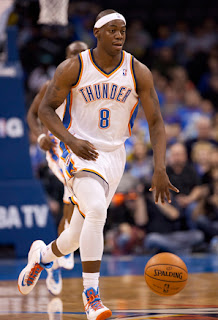 He's a perimeter defender who doesn't score a lot but has stretches when he can as he's shown in the past. His highest points per game average was in Utah where he averaged 13.7 points, 3.7 rebounds and 1.7 steals per game in the 2008-09 season. He is only 28 and says he has "a lot of basketball left in him."

Earlier this month, Brewer said he hopes he can stay in Oklahoma City but isn't opposed to playing elsewhere. He is an unrestricted free agent. 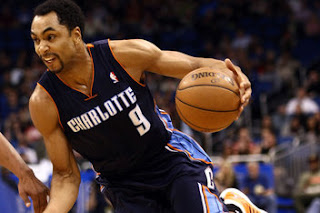 Henderson is a solid role player who would fit in well with the Celtics. The only reason he's low on this list is because he's a restricted free agent who may be out of the Boston's price range. His points per game average has increased every season in Charlotte since his rookie campaign, proof that he's a player who is still growing. He's a solid role player who will fit in and can take it to the basket efficiently. Henderson is also athletic and can guard the perimeter. He's made strides throughout his career and at age 25 he will get better.

Charlotte has yet to agree on a deal with Henderson. Although Charlotte wants to bring back the young guard, they are unwilling to give him the $8 million per year that he is requesting. Reports say the Bobcats have been seeking a potential sign-and-trade. Hey MJ, any chance you're missing Gerald Wallace and want to give him another chance? Only chance the Celtics could acquire Henderson is if Wallace or Courtney Lee was involved in a sign-and-trade (depending on the terms of the new Henderson contract). 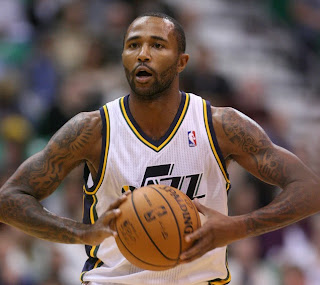 Williams is a free agent who says he's seeking a starting job but that isn't a job that will be available to him. Williams will eventually sign to a team looking for a backup point/shooting guard. Williams would fit with the Celtics as a solid backup two guard to Avery Bradley. The combination of him and Bogans in the back court would help open the floor for coach Stevens because Williams' three-point shooting threat. Bogans can knock down a few himself but three-pointers has always been Williams' bread and butter.

Williams will probably be seeking a deal with a title contending team but he's still worth looking into if he's still available later this summer after the Celtics mold the roster and create more salary space. 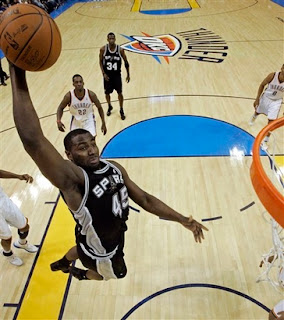 After the Spurs signed Belinelli this off season it's clear that they will not be bringing back Blair. Spurs are still deciding about Neal signed Splitter to a new contract, making Blair the odd man out. Blair is good rebounder who can score in the paint for the Celtics. His Brandon Bass-like body can be tough to guard in the paint and he's also athletic.

Blair averaged a career low 14 minutes per game for the Spurs last season so his season stats are a bit misleading. He's still capable of putting up eight points and six rebounds per game like he did his rookie season if the minutes are there for him. He's only 24, teams such as the 76ers and Wizards have expressed interest in him but there has been talks about him signing with any team. He's an unrestricted free agent who won't be offered any more than $3 million a year. 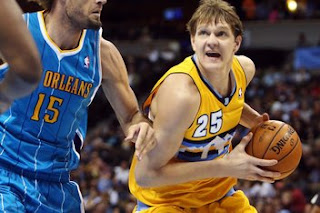 Mozgov is a restricted free agent who may be heading to play for a team in Russia if the Nuggets can't agree on a deal. The Nuggets are determined to bring him back since he's the only center on the roster other than JaVale McGee. Mozgov has a good presence in the paint because of his post up moves and ability to get to the basket. He isn't athletic or flashy but he can rebound and does the dirty work.

Mozgov is a wishful thinking option for the Celtics because he is a restricted free agent and is seeking a four to five million deal for three to four years. But threw him in his list anyways just cause he's someone we could use. 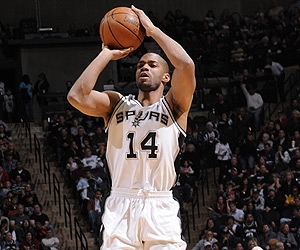 A knock down shooting guard is always a valuable asset in the NBA. Neal is someone who can knock down shots, defend the perimeter and distribute the ball well coming off the bench for the Celtics. He averaged 9.5 points for the Spurs last season and has a 39.8 percent career shooting average. Neal broke the record for most three pointers in an NBA Finals this past June and will continue to improve. Neal would be a great signing for the Celtics and a solid scoring combination with Marshon Brooks off the bench.

After signing Marco Belinelli and signing Tiago Splitter to a new contract it's going to be tough for the Spurs to bring back Neal next season. The Pistons and Bucks are the only two teams that have expressed interest in signing him. Celtics may have a shot if they can create salary space by trading one of its bigger contracts. 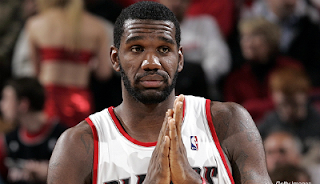 Although he hasn't played in an NBA game since 2009, Oden is still worth a try. If Cleveland can take a chance on Andrew Bynum then heck, what's the risk here? At 25, Oden is still being considered by teams because of what he can do on both ends of the floor. His shot blocking ability is what's most attractive for the Celtics.

In a game where the center position is being reconstructed into tall athletic power forwards, Oden is an old school big man who can get the Celtics going on the fast break and make things harder for opposing team trying to penetrate. Can you imagine when Rondo is healthy? He'll make sure Oden gets his points in the paint.

The risk is also low. A one to two year contract for Oden wouldn't hurt much now than in the future. Celtics must hurry though if there's any chance of signing Oden in the near future. Teams such as Miami and San Antonio are interested and could pull the trigger before Boston.