The most glaring need in the Celtics organization since the departure of the artist formerly known as Kendrick Perkins is a “Rim Protector”. Now for people who may not like to get caught up in the popular clichés that NBA writers always use, basically this means they are looking for a defensive minded center who can block shots and alter the opposing teams strategy of attacking the rim.

The Celtics' chances of drafting a certified big man that can provide that needed presence in the middle really takes a huge hit since they are not drafting in the top-five. Anthony Davis (1st overall), Dwight Howard (1st), Tim Duncan (1st), Shaquille O’Neal (1st), Dikembe Mutumbo (4th), Patrick Ewing (1st), Hakeem Olajuwon (1st) are not dropping to the Celtics at the 16th overall pick in the draft.

Karl Anthony Towns and Jalil Okafor are projected to be in the same category of those great NBA centers. They will be off the board and whoever snags the first and second pick this year in the lottery most likely will not be looking to deal.

Luckily for the Celtics, there seems to be a plethora of projected big men to be scattered in the first round. There is a second tier after those guys that possess size and defensive ability and are projected to go anywhere from 5-20 depending on the Mock Draft you look at. The C's and Danny Ainge will have the opportunity to either snag one of the following prospects if they drop or if the mock drafts are correct, be in a position to trade up. 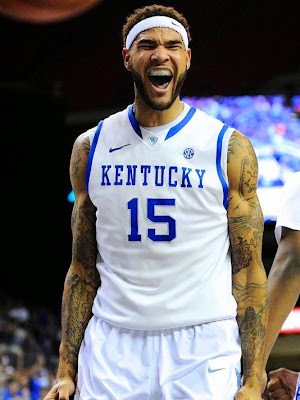 This would be the Celtics dream pick. Now I can guarantee he won’t fall all the way to 16th overall to the Celtics but if he remains on the board at picks 6-10, like some mock drafts project him to be, Danny Ainge would definitely try to trade up.

Cauley-Stein is going to be a stud on the defensive end when he is drafted. There is no question about his defensive abilities when looking at his game. He can block shots, has great timing and instincts defensively, and is also a very good athlete.  He showed how dominant of a presence he can be in Kentucky’s back-to-back final four run. Cauley–Stein was electric in the tournament and it was his post-defense that made him stand out.

It’s also rare for a player to stick around for 3 seasons, especially at Kentucky, so you know that makes all the old stodgy basketball writers happy. (I would put here that by staying three years shows he has had time to mature, but this is also the same guy who just legally changed his middle name to “Trill”, so I’ll  just bite my tongue and watch the highlight video.)


Some think he is an unproven commodity on the offensive end. He played with a stacked lineup every year for Kentucky, and was never asked to be a go-to guy on the offensive end. Others believe he is a liability on offense (hence why he is all over the place in mock drafts) and that he could not be a franchise player because of that. Personally, I think he will be fine offensively because of his athleticism and ability to run the floor and finish above the rim.

Willie Cauley-Stein fits the Celtics needs too perfectly for Ainge to not seriously consider moving up to get him. He reminds me a lot of DeAndre Jordan, who is going to get a max deal this year. If Cauley-Stein can be close to what Jordan is then you got something, but will Ainge move assets for an unknown? It’s just another option for the Celtics who have so many tradable assets at their disposal. 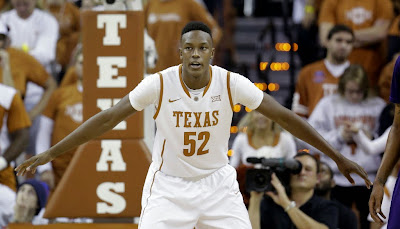 Are you in the camp to not deal any assets to move up and draft Willie Cauley-Stein?  Then he's your guy.

Myles Turner is a shot blocker who can certainly protect the rim. He is raw, but at the same time is only 19 years old and has the size and tools to be a real steal in the draft.

Turner averaged 2.6 blocks per game in his freshman year which was first in the Big 12.  He also showed touch on the offensive end. Turner possesses an NBA Ready mid-range jumper that could instantly make him a contributor on the offensive end.  He’s got skills and size that are very hard to find in the middle of the draft. So you may be asking, why is he projected to go late lottery/middle of the first round?


Turner has been labeled with being inconsistent.  He dominated against the smaller schools and mid majors but against big out of conference schools like Kentucky, UConn, and California he struggled mightily.  Another knock on Turner  is his lack of explosive athleticism. Scouts say he runs funny, and looks uncoordinated at times. He is the opposite of Cauley-Stein in this department. Turner is slower, and struggles moving laterally He just turned 19 in March, so he still has a ton of time work on that.

It will be interesting to see if the Celtics stand pat and try to see what falls to them but Turner definitely has enough upside to keep the fingers cross and hope he lands at 16. 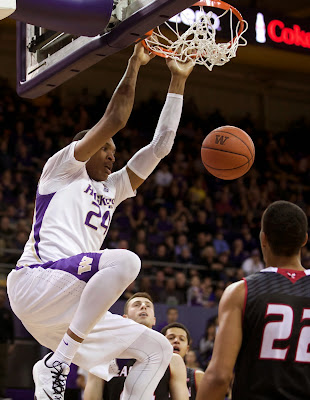 Upshaw has all the makings of being an NBA Center. He has the body, the wingspan, and by accounts the talent to be a very serviceable NBA starting Center. His only question marks stem from his attitude. It’s never a good sign if two head coaches from two different college programs in consecutive years tell the starting center (and quite possibly best player on the team) to take a hike.

Upshaw was kicked out of Fresno State in his rookie year after underwhelming on the court and not being able to deal with the criticism and was kicked out.  He sat out a year, transferred to Washington and was the best shot blocker in the NCAA (coming off the bench no less!).

He played in 19 games but then was booted again for violating team rules.

Now you could read that and say, no way in hell the Celtics should draft this guy. But let me counter that thought with some numbers. In the 19 games he's played 25 mpg and averaged 10.9 ppg, 8.2 rpg, and 4.6 bpg. Let that sink in. FOUR POINT SIX BLOCKS PER GAME. The guy is a certified shot blocker and rim protector.  He may be a nut job but here lies the rub, he is right now just making it back into the first round in only some mock drafts. It would be a Belichickian reach for Danny to take him with the 16th pick if Turner and Cauley-Stein are off the board, but what if Upshaw is sitting there at 28th overall.  Upshaw is definitely someone to watch out for at the end of the first round.