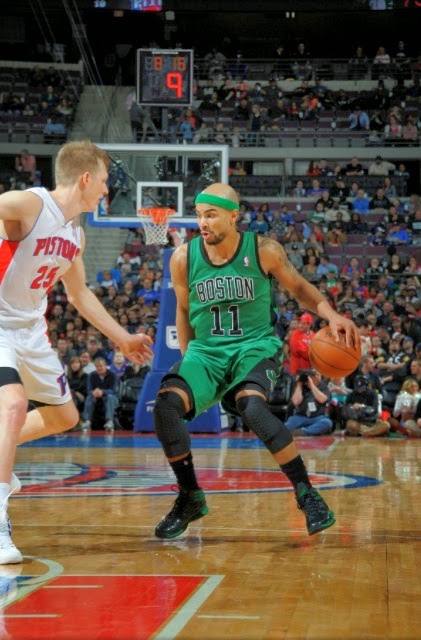 Auburn Hills – Another lost by the Celtics last night, but this time they managed to put a new spin on it; they blew a double-digit lead before the Pistons took charge late in the fourth quarter for a, 115-111, victory at the Palace.

Rodney Stuckey scored 26 points off the bench as he and the second unit led the way to help erase a 19-point deficit.

Greg Monroe finished with 21 points, and Brandon Jennings added 20 while Andre Drummond contributed with 19 points and 20 rebounds in the Pistons win.

“They got us back in with their energy,” said Detroit’s coach, John Loyer of his reserves, who helped snap a two-game losing streak.

Jerryd Bayless (started for the injured Avery Bradley) once again led the Celtics in scoring for the second night in a row with 25 points and Jeff Green finished with 22 (19 of them came in the first half). Jared Sullinger registered his first double-double in over a month; he added 22 points and grabbed 10 rebounds. 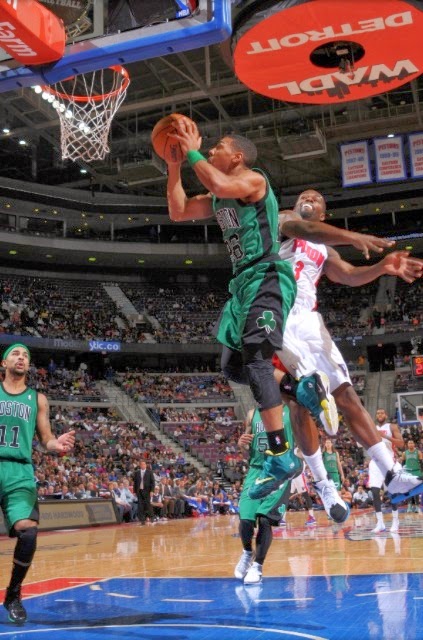 Boston scored 30 points or more in each of the first three quarters while shooting well over 50 percent and close to 70 percent from behind the arc. By halftime the Celtics led 65-55 and had already made 12-of-17 from 3-point land including Sullinger making his first four from downtown.

C’s pushed the lead 82-63 midway through the third quarter, its largest of the game before Detroit began it’s rally. Jonas Jerebko made consecutive 3-pointers to cut the lead to 95-85 to start the fourth.


Detroit would go on a 15-4 run to grab their first lead since the beginning of the first quarter. Each team traded baskets and also the lead down the stretch before Stuckey made a pair a free throws on a questionable lose-ball foul called with 57 seconds left that broke a 111-tie game. 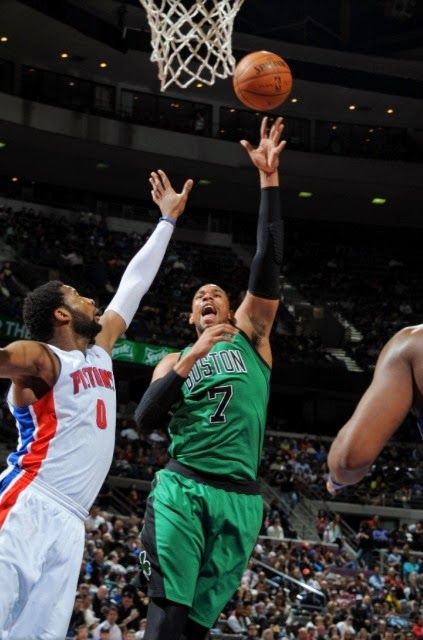 Bayless went for a go-ahead 3-point shot that was more than halfway down but rimmed out that sealed the game for the Pistons. Peyton Siva had five assists in the fourth, and the Celtics only managed to score 16 points to the home teams’ 30 in the final frame.

“I thought we let off the gas defensively a couple of times and all of sudden, instead of a 19-point game, it’s a 13 or 12 point game,” said Boston’s coach Brad Stevens. “We have seen that time and time again in this league that those leads go quick.”

The Celtics have lost 12 straight on the road and eight overall. They will have the next four days off before traveling to Atlanta to play the Hawks on Wednesday night. Tip-off is at 7:30 at the Phillips Arena.

Game Notes:
The Celtics’ bench was outscored 38-11 in the lost, while both teams finished shooting 48-percent for the game. Avery Bradley missed his second consecutive game due to a sore right achillies tendon. Boston last road win game on February 10 against the Milwaukee Bucks, their last win overall game against the Heat on March 19.